Tides and Their Effects - It's also in the Wind!

An example of Extratidal Low Water (ELW) is depicted the photograph immediately below (taken 15 January 2006) in Solomons MD.
Cause: Strong 20-50 MPH winds out of the North blew water out of the Chesapeake Bay.   There was not much water at low tide up many creeks and was about 2 feet lower than "normal" for that time of year.  Water levels do vary with Low & High water levels changing over short periods of time.

So why these variations and what is "Normal?"
Tides in the Chesapeake Bay are semi-diurnal and have a mean range of one foot (0.3 m). The average water levels are generally lower in the winter due to north and northwest winds that increase the egress from Chesapeake Bay. Water levels tend to be higher in the spring and summer when southerly winds reverse the process.
Additional factors such as storms can cause peaks in Extratidal High Water (EHW) and conversely, a low water level measured below Lowest Astronomical Tide (LAT), which may be referred to as an Extratidal Low Water (ELW).  Normal Tidal/Storm Range in the Chesapeake is approx 3 feet.  Normal ranges can be identified by Barnacles, which will naturally affix themselves in the intertidal zone.  They need to be covered regularly.....

The tides depicted on tide tables reflect nothing more than the semi-diurnal mean range anticipated identified days. They do not depict the extremes as a result of winds and other environmental factors. A hurricane can be something quite different. One (1) foot variations in the Chesapeake are certainly NOT the range when you factor in those environmental factors! The first two photos below represent changes to the water level in Solomons, MD as a result of effects, over and above that of the 1 foot tide(s).

So when you buy waterfront - do your homework! 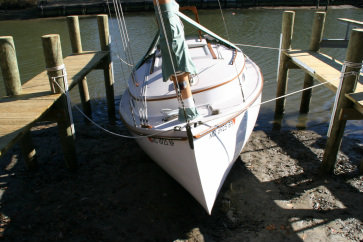 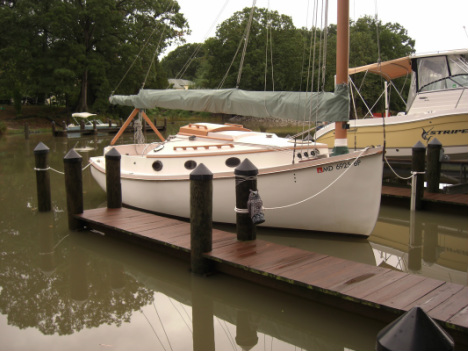 Now these Welsh are prepared!
These boats sit on their bottom every day, 2x in fact. 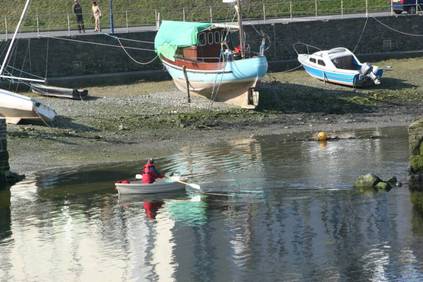